Multi-language school’s celebration will include French cuisine, music and dancing & a baking competition

WHAT:           The International High School of New Orleans (IHSNO) will hold its Annual French Fest with an assembly featuring French speakers, dance, student performances, music, arts and cuisine. There will also be a French baking competition. Ooh la la!

WHERE:        The International High School of New Orleans,

WHY: The International High School of New Orleans (IHSNO) takes pride in its cultural diversity and will celebrate French Fest to acknowledge our French History. IHSNO will celebrate all week with “French Week.”

The purpose of the the French Fest celebration is to carry on and celebrate French traditions through music, dance, arts and food.  This celebration is a way to recognize and commemorate the cultural contributions of the French to our great city and state.

International High School of New Orleans is an International Baccalaureate World School with an emphasis of language learning and diversity appreciation.  Founded in 2009, IHS is the only school in Orleans Parish to offer the International Baccalaureate Diploma Programme (IBDP), a curriculum with a reputation for its international external assessment with published global standards that focus on the development of a student’s critical-thinking skills by engaging them intellectually, emotionally, and ethically, creating a “passport for success”. Go to: www.ihsnola.org 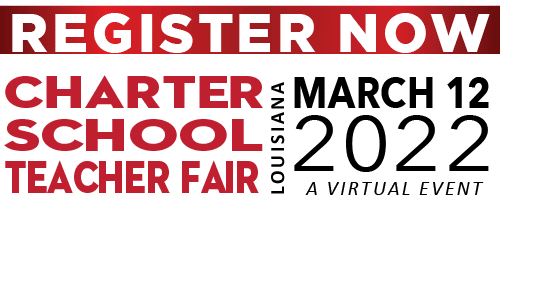 Join us March 12, 2022 for the Virtual Charter School Teacher Fair! Please register and you will receive an email soon with more information.
For more information call (504) 897-6110